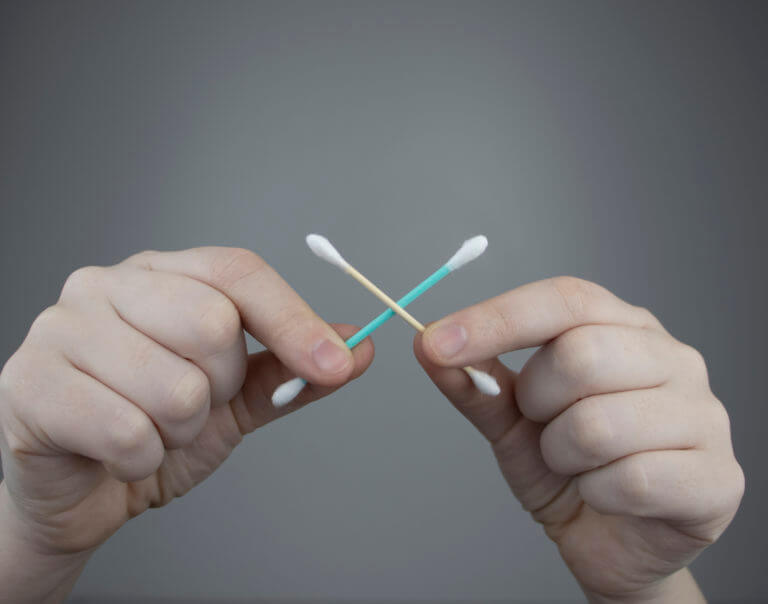 Let’s talk about earwax removal — when it is necessary, how it works, and why you should consult your child’s pediatrician about it.

When Does Earwax Become an Issue?

Earwax is produced on the outer part of the ear canal. It is composed of dead skin cells and hair mixed with discharge from the ear’s glands. Earwax is part of your body’s natural defense mechanism. In particular, it keeps dirt and other harmful things from getting into your ears. Earwax lubricates and cleans the ear canal, thus preventing drying, itching, inflammation, and infection. Some children may naturally produce more earwax than others.

The following are signs your child has an issue with earwax buildup and blockage:

With the help of chewing and jaw motions, your ears can self-clean, and earwax will naturally fall out by itself. Using cotton swabs, bobby pins, or other tools to clean your child’s ear can cause earwax buildup and blockage. These instruments push the earwax deeper into the ear and can also cause injury.

If your child is experiencing these symptoms, consult your pediatrician about the best course of action.

How Does Earwax Removal Work for Kids?

During the consultation, your doctor may ask the following questions:

The doctor will then proceed with a checkup of your child’s ears. They will use a special magnifying scope to examine the inside of their ears, checking for excessive earwax, damage in the ear canal, and infection. If your child’s symptoms are caused by earwax buildup and blockage, your physician can safely remove the wax during an in-office procedure.

During earwax removal, the doctor will use instruments, such as a curette or a cerumen spoon, to scoop out the wax. These instruments are intended for the use of physicians to extract wax without causing damage to the ear canal or eardrum.

Likewise, they may flush out the excess wax with warm water using a bulb syringe. The warm water will help soften the earwax and remove it. Microsuction is another effective technique for removing wax. These procedures, when done by a professional, do not cause any damage to the ear’s surrounding tissues.

Earwax removal takes only a few minutes. Your child may feel some discomfort, but it will not be painful. Afterward, your child’s doctor may prescribe over-the-counter drops that soften earwax and allow it to fall out naturally. This is to prevent a recurrence of earwax buildup after treatment. If there’s an ear infection, they may also advise the usage of antibiotic ear drops.

Consult a Doctor for Your Kid’s Earwax Removal

Doing it yourself by poking your child’s ear with cotton swabs or other instruments could damage the ear canal and eardrum or push the wax further. Home remedies like ear candling can be dangerous. This method involves inserting one end of a cone-shaped device into the ear canal and lighting the other end on fire. Attempting this at home carries a high risk of:

Suction devices marketed as home remedies are ineffective at removing earwax. You should not try to remove your child’s earwax at home, even if the remedies claim to be safe and effective. These DIY earwax removal methods put your child’s ear canal and eardrum at risk for damage.

Earwax isn’t harmful. It’s intended to protect your ears from debris and infection. However, if it builds up, it can lead to problems like pain and hearing difficulties. To remove an earwax blockage safely, you should always consult a healthcare provider to avoid damaging the ear.

If you are concerned about your child’s ears, contact us today at (914) 698-5544 or fill out our convenient online form to book an appointment. We look forward to addressing your child’s needs.

See what patients have to say about the exceptional service they have received at BridgeSpan Medicine.

Let us know about your experience at BridgeSpan Medicine. We love feedback from our patients!